The National Geoelectromagnetic Facility is operated at Oregon State University on behalf of the US EM community and its international collaborators. In addition to providing access to three EM instruments pools (the NGF ultra wide-band pool, the EarthScope long-period MT pool, the open access long-period MT pool), NGF personnel also carry out their own research in electromagnetic induction and related areas.

The NGF's Education and Outreach efforts include providing training in the theory and practical application of EM methods in the Earth Sciences, and through internships and research experiences for students.

Student participants from Oregon State University work with the NGF through the "Increasing Diversity in the Earth Sciences" Program, and those from other institutions through the National Science Foundation Research Experience for Undergraduates Program.

The NGF works closely with other investigators at Oregon State, who with the personnel of the NGF, form the EM research group within the College of Earth, Ocean and Atmospheric Sciences. 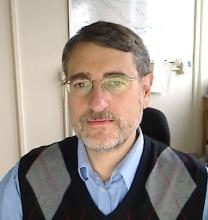 Adam Schultz first stumbled upon the arcane field of magnetotellurics as an undergraduate pursuing a degree in astrophysics at Brown University round about 1977. The random acts of taking a couple of planetary geology classes to fill distribution requirements, and then reading an advertisement for a "geophysical field technician" to participate in a field experiment in the wilds of New Mexico substantially derailed his career (he ended up with an Sc.B. in Geology-Physics-Mathematics) and misdirected him into more than four decades of playing around with Maxwell's Equations, coding countless hundreds of thousands of lines of Fortran (as well as less archaic dialects), and building several generations of instruments for MT, hydrothermal and other studies. After a post-Sc.B. stint as a marine controlled source electromagnetics (MCSEM)  technician at Scripps Institution of Oceanography, where unbeknownst to him he was part of the first attempted deployment at, and then wrote the first analysis codes for, MCSEM at a mid-ocean ridge crest under the tutelage of Dr. Charles S. Cox, in 1979 he went on to pursue his Ph.D. in Geophysics at the University of Washington, with Dr. Jimmy Larsen (NOAA PMEL) as his Ph.D. supervisor and Dr. John Booker as his committee chair and general tormentor as he completed his Ph.D. work on the variations in electrical conductivity in the mantle on a global scale. Having survived the experience and also Mount Saint Helens' best attempt to kill him back in 1980, in 1986 he was a Cecile and Ida Green Scholar at the Institute of Geophysics and Planetary Physics (IGPP) at U.C. San Diego, working on the rudiments of a 3-D forward solution for EM induction in spherical global coordinates, a challenge thrown down at him by the great Leonid Vanyan after the then young and impressionable Dr. Schultz gave a seminar at the Soviet Geophysical Committee in Moscow. Dr. Schultz distinctly remembers the then aged Cecile Green appearing in his office at IGPP unannounced one day to ask him what he was working on. After explaining he was working on the global EM induction problem, the illustrious Dr. Green shaped Dr. Schultz's future career by saying "well, as long as you think that's interesting" and then disappeared from his life forever. After five years as a Research Asst. Professor in the School of Oceanography at the University of Washington, where he developed a penchant for studying seafloor hydrothermal processes, building instruments and developing methods of analyzing such data, the academic gods smiled on him and he took up a faculty position at the Institute of Theoretical Geophysics at Cambridge University, where he got to kanoodle with the likes of Dan McKenzie and Stephen Hawking, and remarkably was granted tenure. After nine years in that academic Disneyland, the siren call of big bucks and university administration diverted him to Cardiff University in Wales where somehow he ended up as the Head of the School of Earth, Ocean and Planetary Sciences. One of his more notable achievements there was taking up golf (badly) and shooting the links with a colleague who went on to win the Nobel Prize for inventing the field of genomics. After family considerations led him to return to the US in 2003, and specifically to the Pacific Northwest, he took up his position at Oregon State University, with a two-year break in 2006-2008, where he was Program Director for Marine Geology and Geophysics at NSF, and a three-year period where he dabbled in senior university administration back at OSU. Along the path of his global migration, Dr. Schultz has managed to inculcate a slew of postdocs, graduate students and undergraduates into the mysteries of applying the governing equations to peer into the Earth's interior, and some of them have ended up as academics, although others decided to go off and make a ton of money instead.